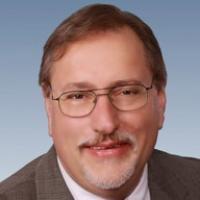 John earned a BSc degree from Stevens Institute of Technology in Optical Physics and MSc degree in Communication Theory Electrical Engineering from NJIT. He has been awarded several patents in circuit design and optical processing, and has authored a number of technical publications.

John is a fan of Frank Lloyd Wright and has produced several CNC art projects inspired by his designs.